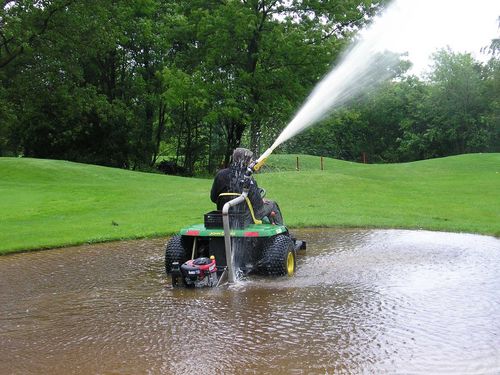 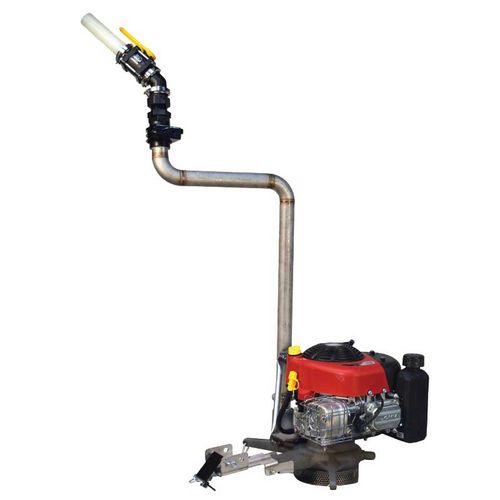 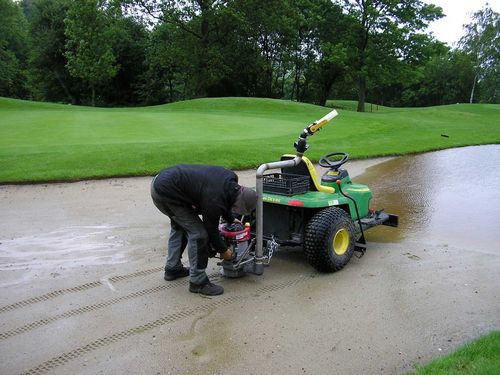 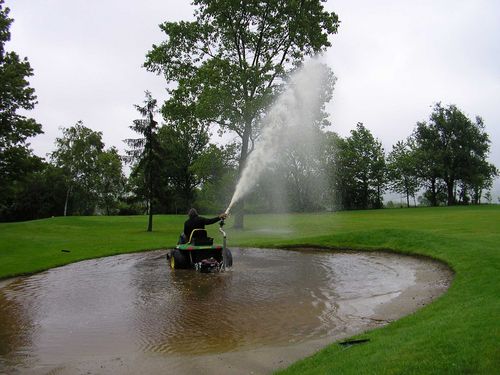 In just a few minutes, the Bunker Blaster quickly and efficiently pumps out water of the flooded bunker. It takes approximately 8-10 minutes to remove the water from an average bunker.

This machine is characterised by its simple and quick assembly (operated by just one person) and the quick handling. The Bunker Blaster can also be mounted to the following machines: John Deere, Toro, Jacobsen, Cushmann, SmithCo, and Broyhill.